Monthly Commentary - A Month To Talk About 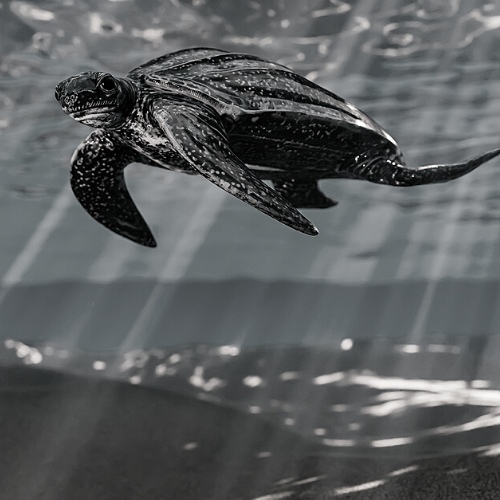 The performance data quoted represents past performance. Past performance does not guarantee future results. The investment return and principal value of an investment will fluctuate so that an investor’s shares, when sold or redeemed, may be worth more or less than their original cost and current performance may be lower or higher than the performance quoted. Performance current to the most recent month-end can be obtained by calling (833) 417-0090. The gross expense ratio for the fund is 1.09%.

The Fund’s NAV is the sum of all its assets less any liabilities, divided by the number of shares outstanding. The market price is the most recent price at which the Fund was traded.

Well, that was something! If you look at the markets on the first and last days of June, you may have concluded that it was an uneventful month: Treasury rates moved slightly, oil rallied, growth stocks performed….and that’s all folks. The Dow was approximately flat, the S&P 500 Index advanced by 2.33%, but the NASDAQ roared approximately 5.55%.

We think there is more to talk about. In our opinion, the dispersion in market sectors and factors was important and cannot be overlooked. Notably, the FOMC announced its rate decision and held a press conference on June 16th.

While the Fed announced no change in policy, the market certainly reacted in the aftermath. Technology rallied, Financials declined, Materials declined more, equity volatility fell, and rates volatility increased. The S&P Pure Growth index rose 7.69%, while Pure Value fell 3.8%. Long duration stocks led the market while value and dividend-focused sectors and factors lagged significantly. Meanwhile, energy stocks bucked the cyclical underperformance due to the rally in oil prices. A visual of sector performance can be seen in the below table4:

This all happened just after Financials became the new momentum stocks, and Technology was significantly reduced in the momentum category, with one momentum fund increasing exposure weightings of financials from minimal to a third, increasing industrials, reducing consumer discretionary, and cutting technology by half 5.

The market appears to be emboldened again with the return of growth sector performance as the guiding principle. The reasoning that worked for the past decade is back and being applied again after a blip of repricing of growth that lasted only a few months. Of note, interestingly, bond market participants are exceedingly willing to lend to the riskiest of borrowers, with non-investment grade yields now at negative rates in real terms6,7.

THE FED MEETING THAT CHANGED NOTHING AND EVERYTHING

As we outlined in some of our expectations in our May commentary, the Fed capitulated (debate rages by how much) and acknowledged they are not just thinking about thinking about tapering, and actually addressed the term specifically saying it should be retired:

“You can think of this meeting that we had as the ‘talking about talking about’ meeting, if you’d like…I now suggest that we retire that term, which has served its purpose.” - Jerome Powell8

The directive was given for market participants to understand the taper discussion is now taking place within the Fed walls.

The definitions of the terms “hot” and “transitory” as conveyed by the Fed has started to become a bit looser as well. There was a pivot to acknowledging that inflation is running higher than was expected, and that the tenor of the potential paradigm shift in price prints may be a little longer than initially telegraphed. It appears the Fed was a bit surprised by the economic numbers that are coming through, with even the Treasury discussing higher levels of inflation out to year-end or longer.

The result: short term Treasury rates rose slightly, and mid-to-long maturity Treasury rates fell, causing a significant compression and flattening of the rates differential. In our opinion, this has caused a sentiment shift back toward long duration winners versus the broader market.

With the Fed walking back their language, is the market pricing deflation here by staying on the other side of the argument?

We think there are opportunities to explore no matter what the answer is, and we look forward to continuing our dialogue in the weeks and months ahead.

"
With employment, the Fed wants to see outcomes, with inflation, they insist it's transitory...It's an intellectual incongruity that risks damaging their credibility if they're wrong." - Paul Tudor Jones3

1 The S&P 500 Index includes 500 leading companies and covers approximately 80% of the available market capitalization. The S&P 500 Dividend Yield is the estimated sum of all dividends paid by the index’s stocks in the last 12 months, divided by the index market capitalization as reported by the S&P. The dividend yield does not represent or predict the performance of the Fund. Indexes are unmanaged and it is not possible to invest in an index.

LBAY Risks: Investing involves risk, including the loss of principal. As with all ETFs, Fund shares may be bought and sold in the secondary market at market prices. The market price normally should approximate the Fund’s net asset value per share (NAV), but the market price sometimes may be higher or lower than the NAV. The Fund is new with a limited operating history. There are a limited number of financial institutions authorized to buy and sell shares directly with the Fund; and there may be a limited number of other liquidity providers in the marketplace. There is no assurance that Fund shares will trade at any volume, or at all, on any stock exchange. Low trading activity may result in shares trading at a material discount to NAV.

The Fund uses short sales and derivatives (options), both of which may involve substantial risk. The loss on a short sale is in principle unlimited since there is no upward limit on the price of a shorted asset. The potential loss from a derivative may be greater than the amount invested due to counter-party default; illiquidity; or other factors. The Fund may hold illiquid assets which may cause a loss if the Fund is unable to sell an asset at a beneficial time or price.

The Fund’s exposure to MLPs may subject the Fund to greater volatility than investments in traditional securities. The value of MLPs and MLP based exchange traded funds and notes may be affected by changes in overall market movements, commodity index volatility, changes in interest rates, or sectors affecting a particular industry or commodity, such as drought, floods, weather, livestock disease, embargoes, tariffs, and international economic, political and regulatory developments.

BDCs generally invest in debt securities that are not rated by a credit rating agency and are considered below investment grade quality (“junk bonds”). Little public information generally exists for the type of companies in which a BDC may invest and, therefore, there is a risk that the Fund may not be able to make a fully informed evaluation of the BDC and its portfolio of investments.

The Fund is classified as “non-diversified” and may invest a relatively high percentage of its assets in a limited number of issuers. As a result, the fund may be more susceptible to a single adverse economic or regulatory occurrence affecting one or more of these issuers, experience increased volatility and be highly concentrated in certain issuers.